For this year’s Visayas and Mindanao Shipping Conference, a team from Barkota was able to participate the logistics and trade discussion. They were able to perceive the country’s economic projections and had conversed with executives and representatives of the different transportation and logistics companies. Here are some of the points being discussed during the conference:

Philippine’s economic performance remains strong as gross domestic product growth rate increases by 6.8% this year. This has given an expansion for great performance of the country’s tourism and is a good indicator for global competitiveness.

This was the report given by Estrella Turingan, Chief Economic Development Specialist from the National Economic and Development Authority (NEDA) for this year’s Visayas-Mindanao Shipping Conference held at the Waterfront Airport Hotel and Casino Mactan, Cebu and Waterfront Insular Hotel, Davao City last August 2 and 3. The event was spearheaded and organized by PortCalls – a print and online news guide for transport, shipping, and logistics along with the Asia Customs and Trade (ACT).

This year’s 2nd Visayan Shipping Conference and 3rd Mindanao Shipping Conference, which were attended by the executives of different shipping and logistic companies, accentuated the challenges and development of maritime logistics.

Cebu Chamber of Commerce and Industry (CCCI) President, Consul Antonio Chui said that with the current overall economic outlook percentage growth of the country, industrial opportunities will become more favorable and indeed an exciting time for the Philippines.

While positive results for economic growth are evident, challenges to trade facilitation seem to pair with the matter.

The import has transcended the country’s export sales. According to the preliminary data from the Philippine Statistics Authority, export sales has slumped by 1.8% to $ 4.659 billion, while the import has increased by 18.6% to $ 7.724 billion February this year.

Chui added that some of its contributing factor would probably be the “dwindling demand from outside markets, the effects of the tropical storms that hit Visayas or perhaps the USA-China trade war.”

Moreover, the real challenge for trade facilitation is the red tape among government agencies and the centralized application of permits to the national offices located in Manila, which usually takes at least two weeks or even months. This may constitute obstruction of efficiency for small business and firms.

Thus, recommendations were proposed for ease of doing business. CCCI posits to have the approval of applications and the releasing of permits to be done in regional offices. Procedures should be simplified by reducing the list of requirements for an easy transaction and compilation of the papers needed.

Meanwhile, updates were given regarding Cebu International Port and its plan to get rid of port decongestion by expanding berth and back up area. Part of the deliberation is the proposed CIP Finger Wharf which is primarily allotted for general cargo vessel and container yard operations.  Improvements of the Cebu Base ports such as renovation of terminal office and upgrading of lighting systems of the port were being focused as well. Along with these is the additional services and facilities in Passenger Terminals one and two.

Secretary Alonto opens the conference with an inclination to invest in Mindanao saying that other parts of the island such as Tawi-Tawi, can become an economic prospect.

Tawi-Tawi, being a free economic zone island, is considered to be the “next Singapore Shipping hub”, bringing Mindanao into the 21st century economy.

Setbacks also take place in the trade facilitation sector of the region as economic industry flourishes. Antonio Marañon, the President of PHILEXPORT Davao said that some of the challenges include the extensive measures of doing business, the numerous regulatory requirements, less coordination among regulatory government agencies and the strenuous procedure of documents.

Hence, the organization suggests for more connectivity and easy access of communication to reduce trade costs.

Although District Collector, Romalino Valdez of Bureau of Customs- Port of Davao, emphasized the trade facilitation efforts at the said agency by mentioning the provisions of the Republic Act 11032 otherwise known as Ease of Doing Business and Efficient Government Service Delivery Act of 2018. This focuses on making the process of putting up or renewing business easier and more organized. The law was signed earlier this year as President Duterte desires to resolve bureaucratic red tape in the government.

All in all, the conference made a notable effect on us as participants since this has given consciousness of what is taking place regarding the cargo transportation industry and maritime logistics. This is actually a high time for investors and even small firms and providers to take efficiency of business to a higher level. As the demand escalates, more improvements are expected. 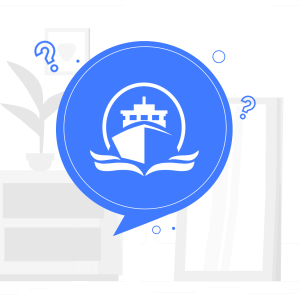 We believe in lasting moments that traveling gives, thus, Barkota is one way to meet that. With Barkota.com you can reach more destinations, the EASY way!